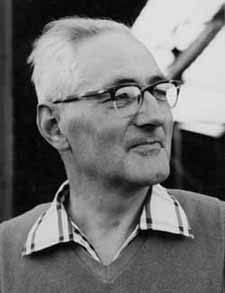 A.J.Jackson was fascinated by flying machines from an early age and started his "Journal of machines seen" spotting notebook at the age of 15 in 1927. His father had been a keen amateur photographer from the early days of the century and A.J. Jackson soon began combining an interest in this medium with that of aircraft and so his photographic collection was begun. The aim was to obtain a picture of every individual British Civil Aircraft as well as to record its history. 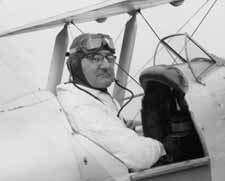 A teacher by profession, A.J. Jackson worked at No.39 Maintenance Unit at RAF Colerne during the war. After his return to civilian life, he achieved his ambition to learn to fly at his local airfield, Southend in Essex. The aircraft was a Tiger Moth, a type that was always dear to his heart. In later years he was able to continue flying them, being very active with the Tiger Club at Croydon and Redhill. Closer to home, after the Southend Municipal Flying School closed, he helped establish the Rochford Hundred Flying Group, which still flourishes today though it no longer operates the Auster types favoured by its founder member.

In 1948, A.J. Jackson was instrumental in the establishment of the Air-Britain group of Aviation Historians and soon began editing the organisation's British Civil Aviation News news-sheet. This led in 1951 to the start of the regular monthly Register Review feature in AIR Pictorial magazine which he continued compiling until his death in October 1982. There were also authoritative articles for a number of magazines, most notably Aeroplane Monthly which was founded by and edited for 25 years by Richard Riding, the son of his great friend and fellow enthusiast, the late Eddie Riding.